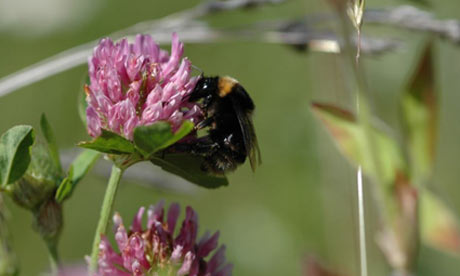 Efforts to reintroduce an extinct species of bumblebee to the UK received a boost this month with new queens released into the wild.

The short-haired bumblebee was once widespread across the south of England but it vanished in 1988. However, have collected a healthy stock of the bees from Sweden, and are reintroduced them to the RSPB’s Dungeness nature reserve, home to most of the UK’s seven species of rare bumblebee.

The first generation of queens collected and released last year struggled in the cold wet conditions last summer, and it is hoped the new queen bees will bolster the colony. More short-haired bumblebees joined them this month.

Nikki Gammans, from the Short-haired Bumblebee Project, said: “Kent is really the best place in the whole of the UK for bumblebees. We haven’t found any yet from last year, but what we hope to do is a number of re-introductions, at least five, and then the numbers will pick up and we’ll start to see them again.”

The loss of the short-haired bumblebee was caused by the dramatic decline of wildflower meadows that occurred after World War II as agriculture intensified. It is estimated that 97% of Britain’s flower-rich grasslands, which the bees needed to forage and thrive, have vanished over the past 70 years.